Kareo continues to enhance the customer experience by releasing new features, making enhancements, squashing bugs, and delivering fresh documentation. Here's an update of the recent product improvements we've made with Kareo Billing, so you can easily stay up to date on what's new!

See the new feature set enhancements to the enrollments dashboard!

Re-order Procedure Lines on an Encounter 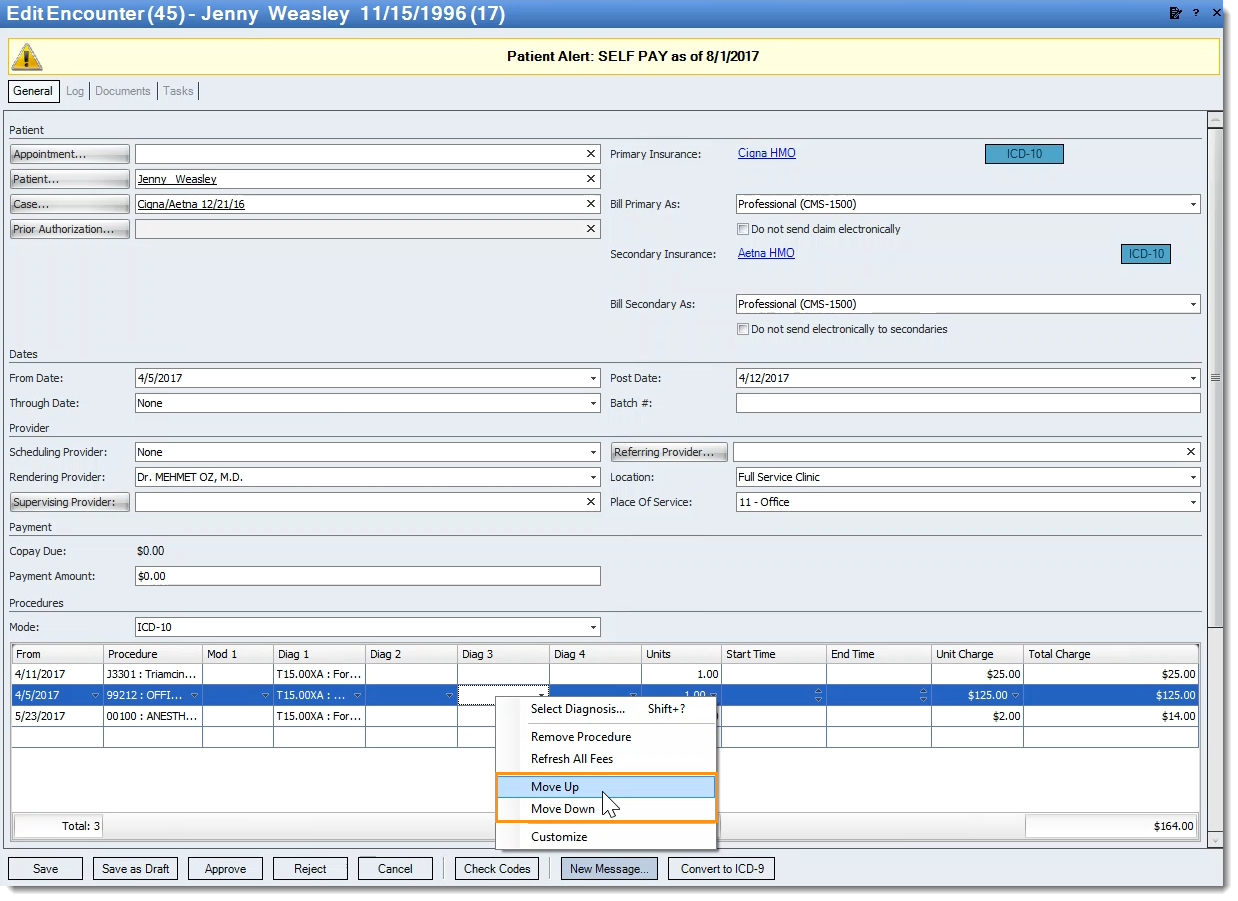 Users can now enable automatic claim submissions for each individual practice in their account. When enabled, automatic submissions will run daily at 8:00 a.m. PST and 8:00 p.m. PST.  The run time may be up to two hours depending on the amount of users who have opted for automatic claims submissions.

From the Settings menu, click options > electronic claims options. Checkmark enable automatic claim submission for this practice and click save.